A Tale of Three Coaches 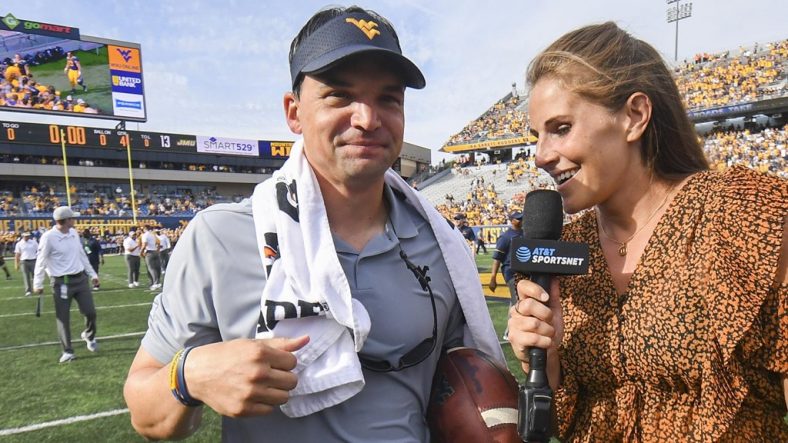 West Virginia has had four head football coaches in the past 20 years.  Three of them are still coaching and one of them (Bill Stewart) is smiling down from above on Mountaineer Nation.

Rich Rodriguez coached the team from 2001 through 2006 before leaving for “bigger and better opportunities” at Michigan.  Following Bill Stewart’s tenure as Head Coach of the Mountaineers, Dana Holgorsen coached from 2011 until 2018.  Hologorsen left Morgantown for numerous reasons but his most cringe-inducing reasons for leaving include his “inability to recruit top talent capable of winning in the Big 12 at West Virginia” and “because he couldn’t Oklahoma at West Virginia.” The new Head Coach of the Mountaineers, Neal Brown, left Troy after coaching there for four seasons.

Four weeks through the start of the 2019 season, only one of these coaches has a winning record.  Neal Brown has led the Mountaineers to a somewhat surprising 3-1 start after taking over a team that was left with the least amount of talent that it’s had on its roster in several years.

Dana Holgorsen, now Head Coach of the Houston Cougars, is 1-3 after losing to Tulane on the road.  Houston has only defeated Prairie View so far this season and have lost to Oklahoma, Washington State and Tulane.

Rich Rodriguez, now the Offensive Coordinator of the Ole Miss Rebels, is currently 2-2 after most recently losing to California at home.  The Ole Miss offense currently ranks 49th in the country and although they have moved the ball effectively, Head Coach Matt Luke is very much on the hot seat and Rodriguez could be looking for another job soon if Luke is fired by Ole Miss.

The point is, both Holgorsen and Rodriguez left for “better opportunities” elsewhere and both almost certainly look back at their time in Morgantown longingly, wishing they had never left.  West Virginia University was incredibly fortunate to land a young coaching talent like Neal Brown and hopefully we can keep him around for a long, long time.