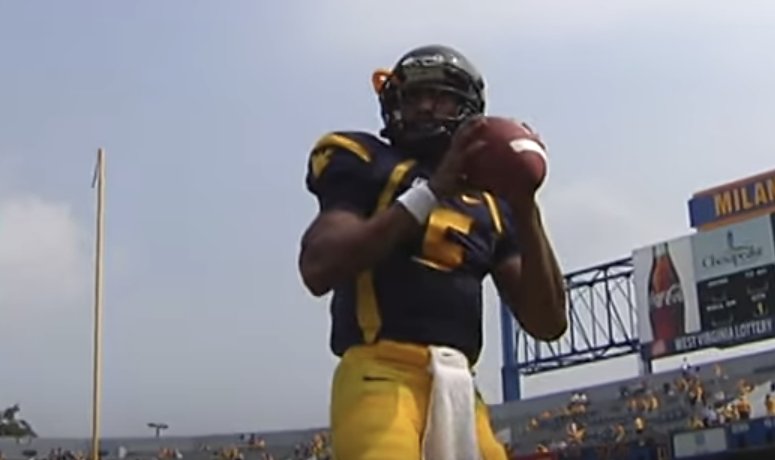 A Prelude to the Pat White Interview

Pat White is the best player to ever play football for West Virginia University.  Not only is he the most talented and most accomplished, Pat White is among the toughest and most competitive.

A Prelude to the Pat White Interview

Pat White is the best player to ever play football for West Virginia University.  Not only is he the most talented and most accomplished player in Mountaineer history, Pat White is among the toughest and most competitive.  As the only quarterback in college football history to lead his team to win bowl games four years in a row (likely the only player that will ever accomplish that), White might be the best quarterback to ever play college football period.

White, the current Alcorn State University Quarterbacks Coach, had a 42-9 record as a starter, had 4,480 career yards rushing (2nd most in college football history) and accounted for over 100 touchdowns, which is a Big East record for any position.

Pat White agreeing to do an interview was a dream come true.  The Pat White, Steve Slaton, Owen Schmitt, Rich Rodriguez era in football was the height of being a West Virginia football fan for me.  In the same way that the Kevin Pittsnogle, Mike Gansey, John Beilein era was for basketball, these WVU teams were true Mountaineers in every sense of the word.  Overlooked, underrated underdogs, fighting for our state, for us against the most elite programs in the country and winning.  Winning the right way.

During Pat White’s four years at WVU, Mountaineer fans were provided with hundreds of hours of excitement and pride and a feeling that West Virginia could beat anyone anytime anywhere with him as quarterback.  My goal in speaking with him was not only to catch up with him and see what he’s been up to since leaving West Virginia but also to celebrate his wonderful, outstanding years in Morgantown and the unprecedented success that he had while representing our state.

The following video is required viewing before listening to the interview tomorrow: