A Man Among Boys 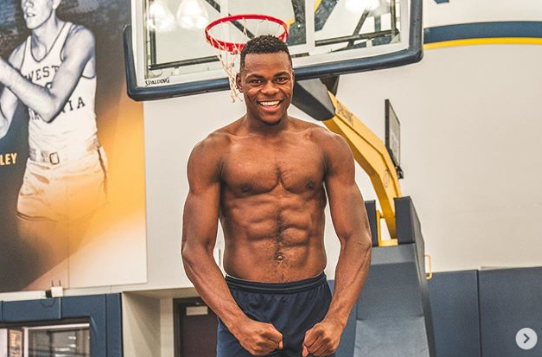 On October 18, 2018, Oscar Tshiebwe committed to West Virginia and fans immediately considered pairing him up with Derek Culver to create the best interior trio in the Big 12 and likely in the country.  Thoughts of hanging banners and cutting down nets crossed all WVU fans’ minds.  However, Oscar Tshiebwe (pronounced SHE-bwee) is not the savior for West Virginia basketball.  He will not immediately step on the Coliseum floor and make WVU basketball national championship contenders.  What he will give Bob Huggins’ team is a 6’9, 250 forward that has the talent, athleticism and body that will immediately make him college-ready and really, nearly NBA-ready.  NBADraft.net currently projects him to be the 26th overall pick in the 2021 NBA Draft.

But before the NBA is even discussed, consider his time at West Virginia.  We have one, maybe two years to enjoy him.

He is the ultimate Bob Huggins’ player.  If Huggins could create his own player coming out of high school, Oscar Tshiebwe would be almost exactly the player he would construct.  Size, skill, strength, rebounding-intensity, coachability, he has everything Huggins could ever dream from a high school senior.   He has an unbelievable motor, which is what really sets him apart from other players at the high school level.  According to 24/7 Sport’s evaluation, Tshiebwe “is a big, strong and burly post player.  He is arguably the hardest playing prospect in the 2019 class. He’s tough, physical and doesn’t take plays off. Tshiebwe’s biggest value is in his rebounding, as he consistently goes to the glass, pursuing the ball with both hands. His motor seems to be endless and his brute strength is tough for opposing players to deal with at this stage.”

Bob Huggins drools after reading that evaluation.  Mouth agape, drool streaming down his chin, total loss of bodily functions, Huggins has to be yearning for and dreamingly thinking about what his team can do with his dream recruit in the future.  After this extraordinarily disappointing and frustrating season, the duo of Derek Culver and Oscar Tshiebwe will certainly make Bob Huggin’s job easier in the upcoming season. A Big 12 Championship and a major run in the NCAA Tournament is not inconceivable next year with this “man among boys” in the paint for the Mountaineers.