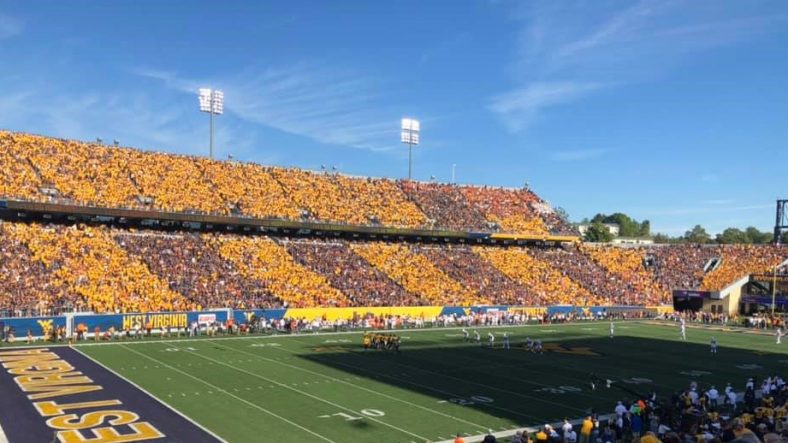 Yes, the 2021 season may have just reached its conclusion, but as always, it is never too early to look ahead.

The 2022 College Football season is setting up to be a fun one in the Big 12 Conference. With new coaches, new players, and new schemes, many opponents have lost some familiarity with one another. Today, we are going to take a look at each program and give our opinion on where they are, ranking them from worst to best.

Here are the Mountaineer Sports Way-Too-Early Big 12 Power Rankings for 2022:

For the first time since I can remember, I can honestly say that this Jayhawks team is on the rise. After surprising the Texas Longhorns in Austin last November, the rest of the Big 12 Conference was put on notice. While the improvements may not be evident in the win column yet, it wouldn’t be a shock to see this team competing for bowl eligibility within the next three years. While the defense will still be a work in progress, the offense should produce as long as Jalon Daniels stays healthy. Expect an upset or two out of Rock Chalk next fall.

Texas Tech was able to finish with a winning record for the first time since 2015 this season. However, I will not be sold on this team until I see what Joey McGuire brings to the table as a head coach. Going into 2022, I expect this team to be a big mystery. Could they finish with a sub-500 record? Absolutely. Could they also potentially finish around 7-5 again? Sure. We will just have to see. As with Kansas, if quarterback Tyler Shough can stay on the field, I believe the Red Raiders will have a chance.

It hurts me to put our guys this low on the list, but until they can produce a competent offense, I will remain on the pessimistic side. Bringing in Graham Harrell will help things, and either Nicco Marchiol or Will Crowder should be a significant upgrade from Jarret Doege at the quarterback position. With a defense that should be one of the best in the country under Jordan Lesley next season, this could be a team competing in the top half of the conference if they get the offense figured out. If not, they could be struggling for bowl contention once again.

After arguably their most talented roster in history failed to produce last year, this could be a team that will faceplant back to Earth in 2022. Gone is Brock Purdy, Charlie Kolar, and star running back Breece Hall. Retaining Jon Heacock at defensive coordinator will be big, but will they be able to carry an offense that will likely struggle to get their feet under them? It remains to be seen. I see the Cyclones as a .500 team heading into 2022.

With Sonny Dykes heading into his first season in Fort Worth, there are just too many unknowns to gauge this Horned Frogs squad right now. The offense should be just fine, but the defense was the main area of struggle in 2021. Max Duggan and company may have to outscore opponents next year to pick up some wins. As of now, I see TCU as a middle-of-the-pack team.

Now that was the Kansas State we all know and love (not really love, but you get it). Chris Klieman brought some of the Bill Snyder flavor back to Manhattan. He has shown that he can bring a well-coached and disciplined team to the field every single week. Though they lose Skylar Thompson to graduation, Deuce Vaughn should be enough to carry this offense. The Wildcats should be fine defensively.

Am I drinking the Texas kool-aid? Hell no. However, they always have talent. If by some act of God they can put it all together, they may actually be pretty good. Though I don’t expect them to reach the lows of 2021, if the defense once again resembles swiss cheese in 2022, this could be another year of struggling to get to bowl eligibility.

Will Mike Gundy have his team ready to go? Yes. But will they take a step back after losing defensive coordinator Jim Knowles? I think so. Spencer Sanders and the offense should once again be up to par, but I don’t see that being enough to lead this team to another appearance in the Big 12 Championship Game. A nine-win season isn’t too far fetched of an expectation.

Dave Aranda has shown early on in his Baylor tenure that he is a solid coach. After winning the Big 12 Championship in 2021, I expect them to once again compete next year. Baylor’s athletic programs have been on a roll lately, and I expect that to continue with another big season from their football team.

Believe it or not, I feel the best thing that could have happened for the Sooners moving forward was losing Lincoln Riley. After he left for USC, Brent Venables was brought in to lead the program. With the talent that is left over from the previous regime, and if they can find a suitable quarterback, there is no reason that Oklahoma shouldn’t once again be in the hunt for the Big 12 Championship. As of right now, I believe they have the best roster in the conference. If things fall into the right places, this could be another big year in Norman.