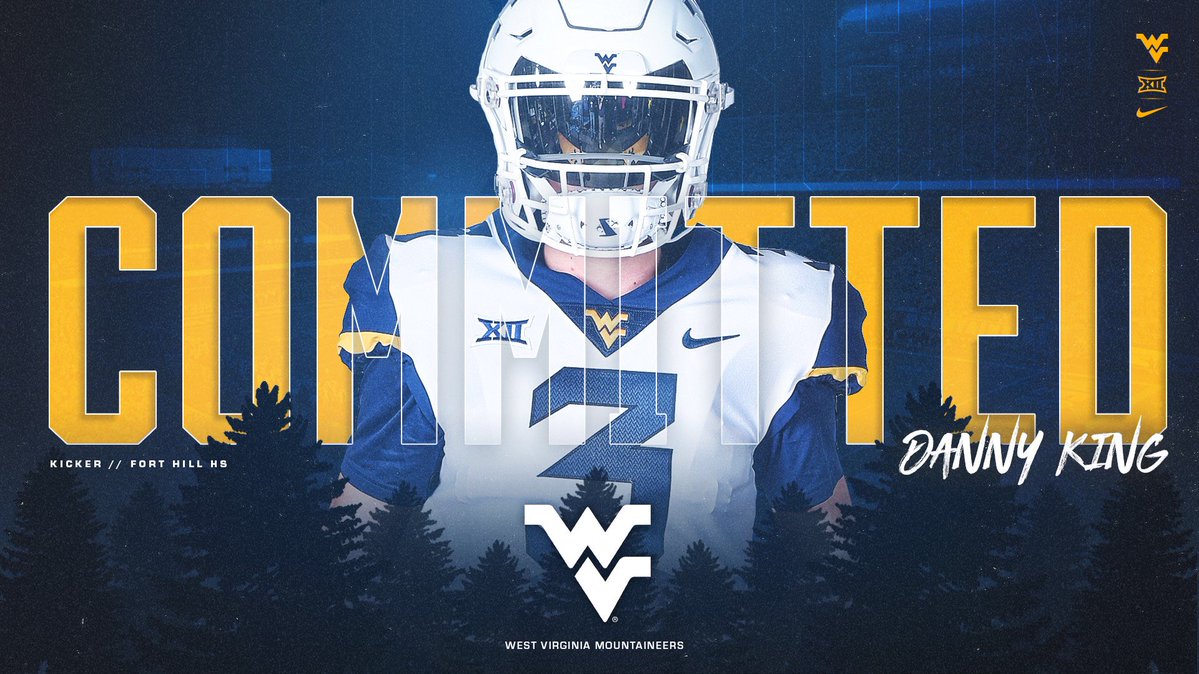 West Virginia got its 3rd commit today when Kicker Danny King committed to the Mountaineers.  King, a 5 star Kicker from Cumberland, Maryland, said that playing for the Mountaineers has been his dream and when he steps on the field for WVU it will fulfill a lifelong dream of his.

According to the online publication “KornBlue Kicking”, King was rated as the 4th rated kicker in the country on their 2020 “Fab 50” list.

In addition to being a 5 star kicker, he’s also a 4 star punter so perhaps he’ll compete to serve in a dual role as the kicker and punter.  It’s outstanding to land a player from just up the road in Cumberland and someone that truly wants to be a Mountaineer.  Welcome, Danny!