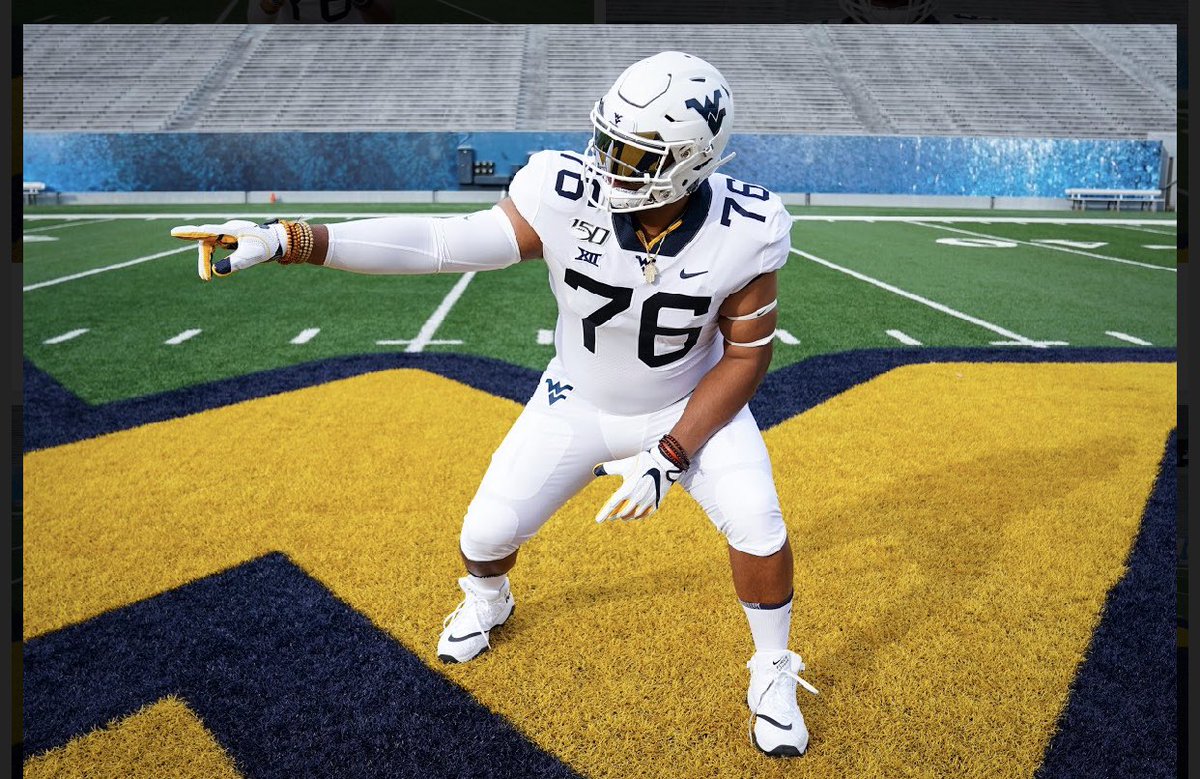 Mountaineer Sports reported yesterday that Chris Mayo was likely to commit to WVU soon and today Mayo made it official.  The 6’5 300 pound, 4 star offensive lineman from The Peddie School in Hightstown, New Jersey made an official visit this past weekend with his close friends from New Jersey (WVU Commit) Aaron Lewis and 3 star recruit Tirek Austin-Cave and came away from the visit very impressed with the school.

Mayo had offers from 17 schools, including Auburn, Nebraska, Kentucky, North Carolina, Tennessee, Notre Dame, Penn State, Purdue, etc.  It appears that his decision came down to Purdue, Kentucky and obviously West Virginia.  Coach Neal Brown has recruited New Jersey hard and it’s starting to pay off.  With both Lewis and Mayo committed, it’s becoming more and more likely that Tirek Austin-Cave will follow them home to Morgantown.