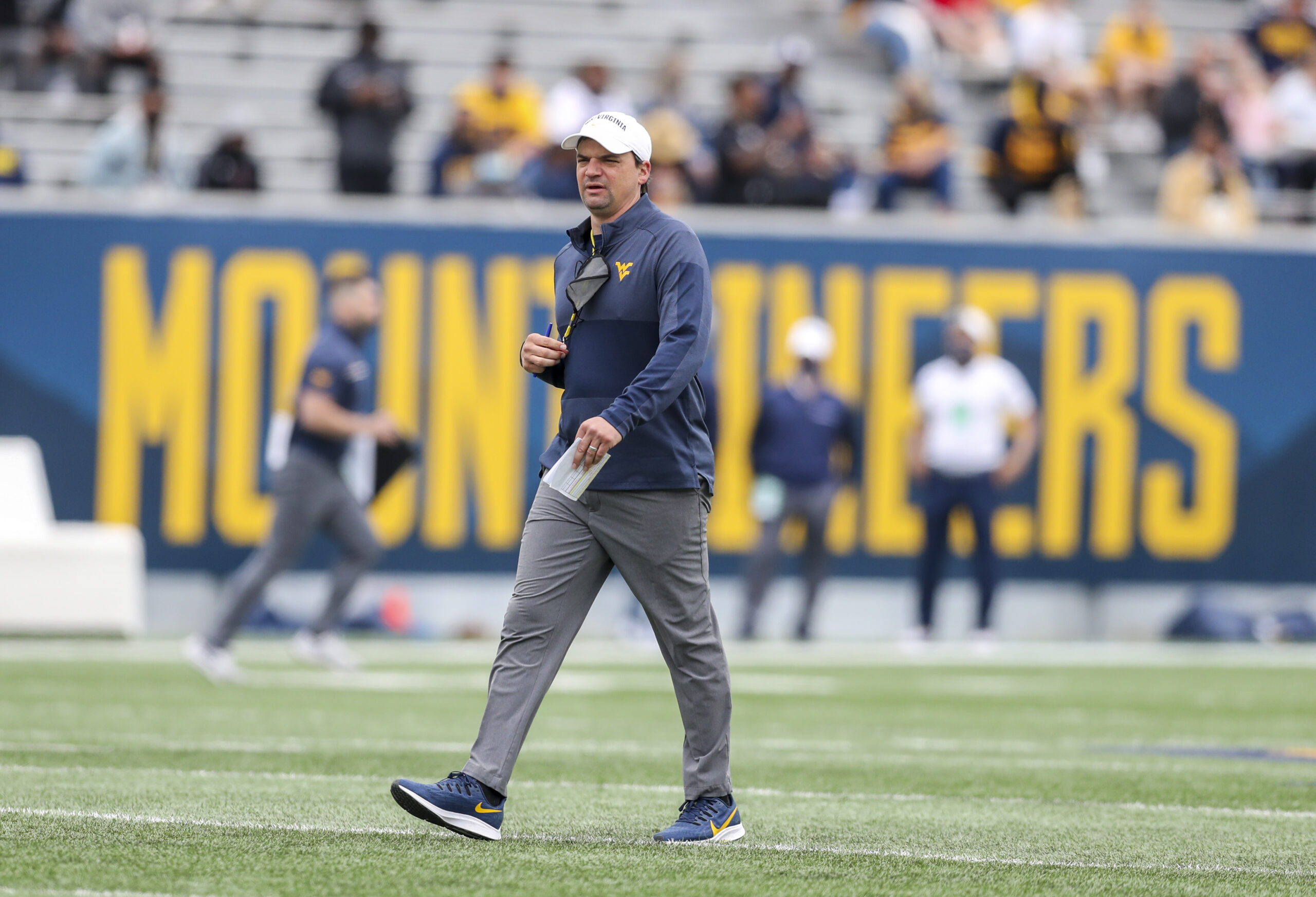 Yesterday, West Virginia University released their official 2022 football schedule. Included on the schedule are non-conference road trips to Pitt and Virginia Tech, and home contests against two of the Big 12’s best teams – Baylor and Oklahoma.

The schedule is as follows:

Even though we have not quite reached the conclusion of the 2021 Mountaineer Football season, I just can’t contain my excitement for this program moving forward…at least not enough to avoid talking about it.

In a regular year, this would seem like quite the difficult slate. With two traditional rival road games and the usual grind in the Big 12, this would be a schedule that Mountaineer fans would typically cringe at. However, that has not been the case when looking at this schedule in 2022. With so much turnover and coaching changes going on in College Football right now, many of West Virginia’s opponents will be dealing with their own controversy going into next season.

In the Big 12, there will be at least three new coaches, with the potential of a fourth should Matt Campbell leave Iowa State for greener pastures. Oklahoma, Texas Tech and TCU will each have to deal with a first-year head coach in 2022. As many of you know, you never quite know what you are going to get with a team under new leadership. This could play right into the hands of a team in the Big 12 like West Virginia.

In three of four games scheduled from October 22nd to November 12th, West Virginia will play these teams who will be navigating new futures. Being that the Mountaineers should be one of the most experienced teams in the Big 12 next season, a run like this could get the team going for a strong finish. Even if they could win two out of the three, it should do enough to boost the team’s confidence to make it a November to remember.

Though it seems to good to be true, many teams in the Big 12 will also be hit with the graduation this offseason. Iowa State, who was the media darling coming into this season, will lose nearly all of their star players. No other team in the league will be losing as much as them, but some will be losing important players that have kept their program moving forward. When I say this, I immediately think of Kansas State. The Wildcats will be moving forward without veteran quarterback Skylar Thompson. If the last two seasons have taught us anything, it is that Chris Klieman’s bunch is not the same without Thompson under center. Unless they should find another signal-caller in the transfer portal, I am not sure that Will Howard can lead Kansas State to bowl eligibility.

Oklahoma, who has been WVU’s biggest hinderance in the Big 12 since they joined in 2012, will not only be dealing with replacing Lincoln Riley. Since the announcement of his departure for USC, the Sooners have seen a plethora of players enter the transfer portal, most notably quarterback Spencer Rattler. While many think that this is a situation that a blue blood could survive with the many resources at their disposal, even Oklahoma could endure a down year in 2022. Should the Mountaineers knock off the Sooners for the first time since 2008, that will not only excite the players, but it could do wonders for the program moving forward. If there was a game I would circle on this schedule, it would be the November 12th matchup against the Sooners. This is a game that I think WVU could win, and one that I think they will win.  It will indicate that this team has finally arrived under Neal Brown.

With the rest of the Big 12 likely heading for a down year, this brings me to a point I alluded to earlier – experience.

The West Virginia offense should easily be one of the most experienced units in the conference next season. Winston Wright, Bryce Ford-Wheaton, Sam James and Kaden Prather are all weapons on the outside who will have experience, and should take the next step in 2022. Isaiah Esdale and Sean Ryan are also playmakers at wide receiver who could potentially return if they choose to exercise their extra COVID season.

The backfield will lose Leddie Brown, but the talent is there to keep this running game improving. To go along with Tony Mathis in the backfield, West Virginia also added Lyn-J Dixon from Clemson. Though he did not entirely work out for Dabo Swinney and the Tigers, a second chance in Morgantown could see him finally burst onto the scene.

Finally, with the offensive line bringing back a ton of experience, Jarret Doege could see a major jump in production next season (yes, I anticipate him coming back). When Doege has protection and plenty of time to pass, that is when he is at his best. Doug Nester, Wyatt Milum and Zach Frazier headline a unit that should finally give the former Bowling Green signal-caller time to flourish at last in Morgantown.

*Defensively, West Virginia should be fine, but they do lose a lot of production in the secondary. Though I believe that Jordan Lesley will get things straightened out, a lot of this team’s success in 2022 will depend on that unit.*

With so much going on around them and the pieces that they have coming back, it is hard to convince me that this team will not take a step arrive next season. Sure, it may seem a bit cheapened by taking advantage of a down year in the league, but this is exactly the situation that Neal Brown needed. The 2022 season will determine a lot for the Mountaineer Football program moving forward, and I expect that the needle will be trending upward when it is all said and done.

If you have trusted the climb all along, you will finally start to reap the benefits very soon. With a little help, West Virginia and Neal Brown will finally arrive in 2022.