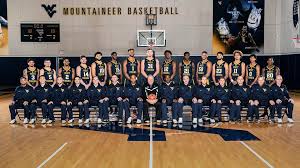 0 Trey Doomes – 2.2 PPG, 0.9 RPG, 0.2 APG:  In very limited minutes, Doomes gave some energy off the bench.   Huggins took his redshirt off him, describing Doomes as the “only guy on the team that could straight-line drive it.”  However, it appears that he has a lot of work to do with shot and perimeter game, and perhaps Huggins removing his redshirt this year wasn’t the best idea. Grade: D

1 Derek Culver – 12 PPG, 9.7 RPG, 1.5 APG:  Derek Culver has been an absolute sensation this year for the Mountaineers.  Averaging nearly a double-double in Big 12 play his Freshman year, Culver has proven to be one of the most dominant interior players in the league.  Missing the first 10 games hurt his team badly, however.  Grade: B+

2 Brandon Knapper – 5.3 PPG, 1.6 RPG, 1.5 APG:  When Knapper came off bench to score a career-high 25 points in a win over Oklahoma, it appeared that he had finally turned the corner.  However, it’s been a very up and down season for him.  He’s really struggled with turnovers and doesn’t seem to be a true point guard.  He has an incredible ability to get to the basket and score, but must limit turnovers and poor shots.  Grade:  C-

5 Jordan McCabe – 4.9 PPG, 1.3 RPG, 2.1 APG:  It’s hard to believe that McCabe struggled so mightily with confidence at the beginning of the season.  He has completely turned around his game and is not only the best ball-handler and passer on the team but is also now the team’s best shooter. The duo of McCabe and Culver should be fun to watch for the next 3 years.  Grade: B

10 Jermaine Haley – 5.8 PPG, 3.6 RPG, 2.3 APG:  Haley has been a consistent starter throughout the year.  He’s an excellent ball-handler and can knock down shots when he’s open.  He’s naturally a pass-first player, but has become more aggressive recently when the team needed big points.  Grade:  B

11 Emmitt Matthews, Jr. – 3.4 PPG, 2.3 RPG, 0.5 APG:  Gaining more minutes since the departure of Esa Ahmad and Wesley Harris, Matthews has become the long, athletic small forward that will fit perfectly with the incredible bigs (Culver and Tshiebwe) next year.  Although he went through some initial Freshman struggles, his defense and ability to get to the basket has been outstanding.  Grade:  B-

12 Andrew Gordon – 2.4 PPG, 1.8 RPG, 0.1 APG:  A lot of Gordon’s struggles come from his lack of experience and the fact that he tries to do too much too quickly.  Knowing that he will get limited minutes behind Derek Culver, Gordon often forces things on offense.   He has shown flashes of becoming an athletic rebounder/garbage man, but he is very raw.   Look for him to transfer next year with Oscar Tshiebwe coming in.  Grade:  D-

14 Chase Harler – 5.0 1.1 RPG, 1.1 APG:  Two-time West Virginia player of the year in high school, Harler has had plenty of opportunities to succeed this year.  However, he has shot only 38% from the field and 31% from 3 point range. Although he works hard defensively, he’s almost always a defensive liability against more athletic wings in the Big 12.  Grade:  D

20 Taevon Horton – 1.0 PPG, 0.3 RPG, 0.3 APG:  Horton has very limited offensive abilities, but brings great energy and hustle on the defensive end.  A great teammate, he will make a very solid 3rd string point guard for the next 3 years.  Grade:  C+

31 Logan Routt – 2.1 PPG, 1.9 RPG, 0.1 APG:  Another extremely limited offensive player, Routt really only provides a big body in the middle right now.  Not a true Division I player, Routt will only ever provide a few minutes of relief as a backup center in the future.  Grade:  D

50 Sagaba Konate – 13.6 PPG, 8.0 RPG, 1.4 APG: This has not only been a nightmare season for WVU but particularly for Sagaba Konate.  A  preseason All-Big 12 Team member, Konate only played in 8 games this year.  He was really only his former self in the Dec. 8th win over Pitt where he scored 16 points, had 9 rebounds and 7 blocks.  Grade:  F