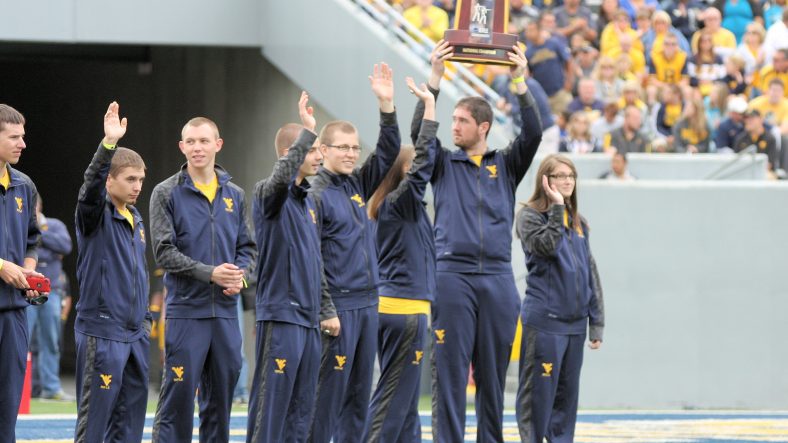 Can’t wait to see another National Championship!
Check it out:

The No. 1-ranked West Virginia University rifle team opens the defense of its nation-best 15th national title Saturday, as the Mountaineers welcome Ohio State to the WVU Rifle Range for a shoulder-to-shoulder match.

The Mountaineers return to the line following an 11-1 2012-13 season that saw the squad win its fourth straight Great American Rifle Conference (GARC) title and the aforementioned NCAA Championship.

Competition will start at 8 a.m. tomorrow and play into the afternoon. Admission is free, and all are invited to the range to watch the Mountaineers and to take a look at the updated hallway.