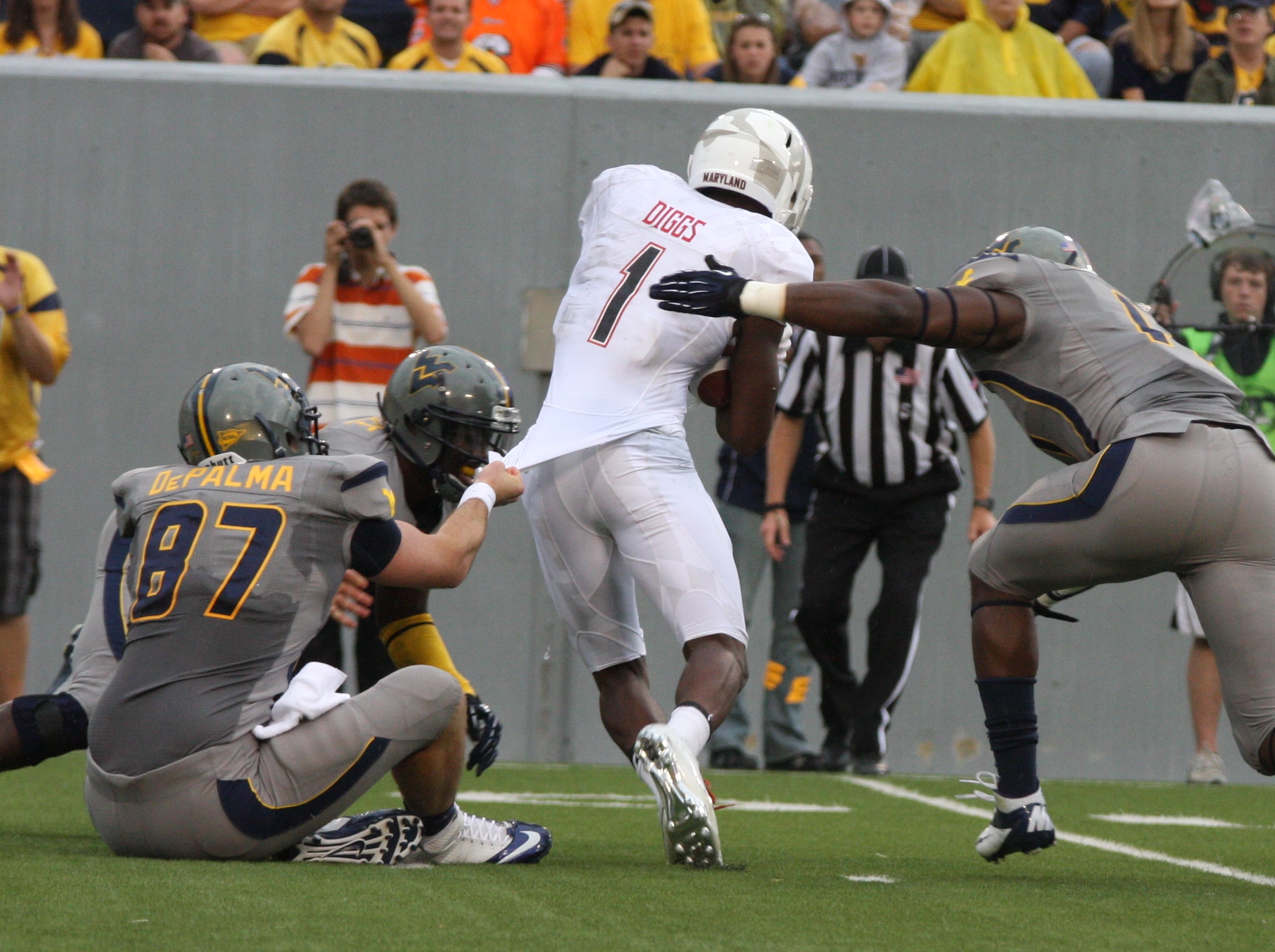 It’s time to return the favor!
Check it out:

There are no innocuous passes to Maryland receiver Stefon Diggs, as two touchdowns from last season’s game at West Virginia proved.

Pin him against the sideline? He streaks through the crack for a 42-yard score capped by a goal-line lunge. Encircle him with five defenders on a 5-yard hitch route? He pivots, darts and weaves out of the crowd for a 56-yarder.

Mercifully for Gibson, he wasn’t around in 2012 when Diggs caught three passes for 113 yards. But Gibson realizes the 2013 version of Diggs has only improved—and so has the receiver’s supporting cast. Maryland was down to quarterback No. 3, true freshman Perry Hills, during last year’s 31-21 loss in Morgantown. Diggs closed his first season making 54 catches for 848 yards—numbers made exponentially more impressive by the fact Maryland’s unprecedented string of quarterback injuries led to a fifth-stringer who was a converted linebacker.

Ford Childress performed well, but how much do we really know?
Inside Linebacker good fit for Kwiatkoski